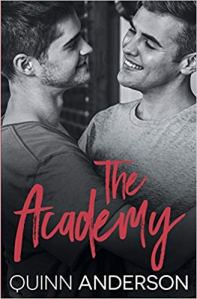 Nick has come to a small suburban Catholic university in search of a fresh start, and he hopes that “The Academy” can offer just that. He plans to focus on his studies so that he can keep the generous scholarship that the school has offered him. His plans do not include attracting attention by being “out” at what he perceives to be a conservative milieu.

Sebastian, however, has other plans. He is drawn to Nick from the moment that he first sees him on campus. Sebastian devises a wager with Theo and Dante, his two best friends: whoever kisses the new kid first will win a cheesy trophy they’ve had since high school. END_OF_DOCUMENT_TOKEN_TO_BE_REPLACED