In the interest of full disclosure, I need to mention that Sera is one of my oldest writing friends, but our preexisting relationship has no effect on this review. My opinion is my own.

Val Navarro’s first mistake: going out dancing after a bad breakup when the chef should be focused on her family business. Her second mistake? Thinking the handsome, sensitive stranger she meets could be more than a rebound – until she discovers he’s Philip Wagner of Wagner Developments. His father’s company could shut down her Puerto Rican restaurant and unravel her tight-knit neighborhood. When Philip takes over negotiations, Val wants to believe he has good intentions. But is following her heart a recipe for disaster?

This book is a trip, from start to finish. Val is a protagonist with a single goal: preserve the character of her East Ward neighborhood, which includes her family’s Puerto Rican restaurant. So when she finds out the Philip is a Wagner—as in Wagner Development—she drops him.

Meeting Val is an eye-opening experience for Philip, who didn’t truly consider the effects of his father’s company until she pointed them out to him. But he’s willing to learn and put in the effort to make amends— because he truly wants to change, and not just to impress Val.

There’s a bit of a slow burn afoot here: after being hurt in the past, Val is reluctant to jump into something new… even moreso after she finds out who Philip is: she needs to feel comfortable with him, and isn’t going to fall into bed with a handsome face. But when that moment finally happens, wow just wow—fireworks!

The descriptions of food has me drooling, and between Val cooking and a date at a posh French restaurant, I spent most of the book hungry. This book is truly an homage to the culinary arts.

I would absolutely recommend A Delicious Dilemma. I read an earlier draft of this book a couple of years ago, and enjoyed it, but this finished product blew me away. Val and Philip come from very different backgrounds, but they are similar in so many ways. They’re both hard workers and determined to succeed in their respective careers, and I love how they bonded over their shared passion for the Star Wars universe. I can’t wait to read Sera’s next book.

For single mom Adah Campbell, the executive chef job at a posh restaurant in tiny North Port, Maine is a dream come true—and the perfect opportunity to start over, far away from a home that’s never felt entirely hers. But fitting in has never been easy, and between a new town, a new boss, and the unexpectedly attractive owner of a rival café, things get off to a rocky start.

Never did free-spirited Beth Summers think she’d still be in North Port. Travel the world gathering delicious recipes and finding friends and lovers? Absolutely. Step in to run her family’s small-town café? Not so much. However, once Beth commits to something, that’s it. Soon, The Yellow House is the hottest spot in town, but Beth’s out of energy—and out of ideas for moving forward.

Until Adah Campbell walks into her life, and moving forward suddenly includes making room for a whole new family.

END_OF_DOCUMENT_TOKEN_TO_BE_REPLACED 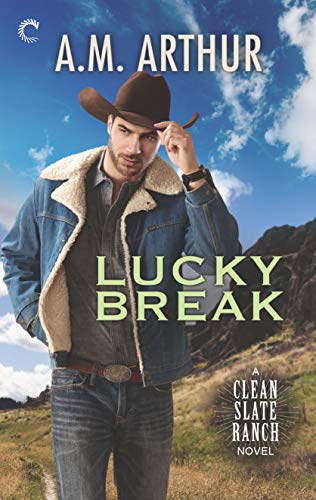 Lucky Break is the fourth book in A.M. Arthur’s Clean Slate Ranch series of mlm contemporary romance novels. I was very excited about the opportunity to read this book because I loved all of the previous books in the series, and I wanted to know what was going to happen next on the ranch.

I usually avoid revealing plot points, but in the interest of content warnings, readers should know that Shawn was sexually molested and then outed as a teen.

Shawn Matthews appeared in a supporting role in Saddle Up, the third book in the series. He has been working as the pastry chef at the ghost town’s restaurant. Shawn has not had an easy life; the restaurant job has been a huge help, but he’s been living in his car to save on expenses. END_OF_DOCUMENT_TOKEN_TO_BE_REPLACED 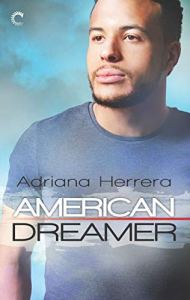 I bought American Dreamer by Adriana Herrera on its release day because all my friends were talking about it. I didn’t get a chance to read it right away, but then I received the opportunity to read an advanced copy of the second book, so I bumped American Dreamer to the top of my reading queue.

Nesto Vasquez has lived in NYC for his whole life, but he’s leaving the city to move upstate with his food truck. He doesn’t know how Ithaca is going to respond to his Caribbean fusion cuisine, but he’s got to shoot his shot. He’s here to focus on building his business, so he certainly not looking for romance.

And then Nesto meets Jude Fuller, a shy librarian. Jude’s not looking for romance either, because it hasn’t worked out so well in the past. Nesto and Jude hit it off right away, and everything seems to be going well, but can their happiness last? END_OF_DOCUMENT_TOKEN_TO_BE_REPLACED 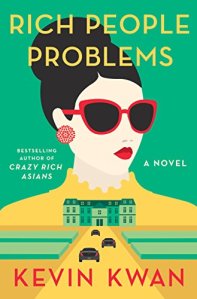 I have been a big fan of Kevin Kwan since his first book, Crazy Rich Asians, which was published in 2013. Needless to say, I was very excited about the opportunity to read the third installment of the series- Rich People Problems.

As the story resumes, beloved matriarch Sun Yi falls ill, and her large extended family flies in from around the world, although it remains to be seen whether they arrive out of filial obligation or because they hope to inherit Tyersall Park, the family compound. Let’s be honest with each other: it’s mostly the latter.  END_OF_DOCUMENT_TOKEN_TO_BE_REPLACED